Home › Starts With A Dream

Starts With A Dream 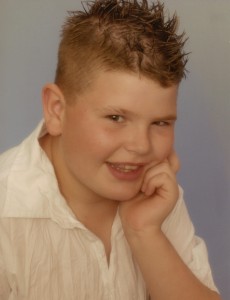 Ieuan the Lion Memorial Fund was established in 2009 in the Memory of our son Ieuan, who after a heroic fight sadly died on 3rd July 2007 at the tender age of 13 from an undiagnosed illness.

He had a beautiful singing voice and a talent for drama. He adored dressing up and putting on impromptu shows and could fill the room with laughter and song at the drop of a hat, (of which he had many). From the age of two where he clambered up on the stage and picked up a mike, people were somehow drawn to his infectious love of life. His dream was to be a famous performer and have his name in lights.

However, that was not to be. One day Ieuan was singing and dancing his way through high school at the young age of 12 years, the next he was fighting off an infection that was to be 6 months of heartache. During this time he gradually lost his beautiful voice and then his sight, he was fed through a tube, incontinent and was eventually unable to move. Through this entire trauma, Ieuan never lost his love of life and as he raised a smile you knew his spirit was there somewhere fighting to come back.

Sadly after two months two days, he died from an undiagnosed illness at a children’s hospice, he was our Beautiful Son with the Heart and Courage of a Lion!

As you can imagine we has a family were grief-stricken, and would often say, ‘his death has taken the light out of our lives, we just can’t believe he’s dead’…‘It’s all like a bad dream’.

In 2009, we seemed to wake from that ‘bad dream’ and turned that dream around into a charity that would honor Ieuan’s courage to live. We said we wanted to give something back to the Welsh community that had supported our family during Ieuan’s illness and eventual early death.

We always say, during Ieuan’s illness we were in a daze, but so many people supported us and showed us unbelievable 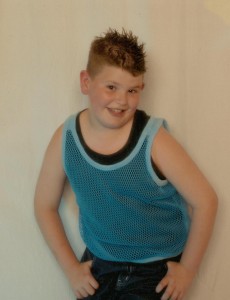 kindness, family and friends and total strangers alike, it was humbling.

Our dream was to raise enough money to purchase and maintain a luxury fully adapted holiday home, which we for fill in 2012. With the generous support of our supporters, we have now purchased our second holiday home, this will now allow us to grant more Free holidays to families who are caring for a Child/Young Person with a Life-Limiting Condition. Our holiday homes are sited in Kiln Park Holiday Centre, Tenby, West Wales.

Every year hundreds of children in Wales are diagnosed with some form of life-limiting or life-threatening disease or condition. Many are born with congenital defects which may also affect their life expectancy. When a son, daughter, brother or sister dies at a young age, all that is left are memories. Our holiday homes offer a space to create these “Precious Memories”.

Has a family who has lost our, Angel Eye’s, Precious, Beautiful Son we know what it is like to hold onto these Precious Memories! Please help Ieuan’s smile live on and reflect through to other children In similar circumstances!